An association once called upon Pacific Utility Audit with a strange problem: They had paid 10 monthly water bills 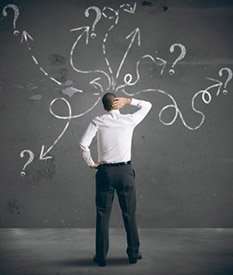 for years without being able to track down each water meter on their property.

A community board member spent hours of his free time trying to find the elusive water meters. As much as he searched, he never seemed to be able to locate one or two of them. His attempts to communicate with the utility company were futile — either they wouldn’t call him back, or they provided cryptic directions to the mystery meter that were impossible to follow.

When a new board was elected, the search efforts were abandoned, only to resume years later when water rates began to dramatically increase.

In the face of these elevated costs, the association turned to Pacific Utility Audit to decipher their confusing utility bills, locate the hard-to-find meters, and deal with the unhelpful utility company. To the association’s amazement, they discovered that they had been paying for an inactive water meter buried three feet underground!

As it turned out, the shady utility company had been averaging the cost of the nine other water meters each month to come up with a bill for the unused tenth water meter all along — a practice that was hardly legal. In the end, Pacific Utility Audit was able to recover all of the association’s money dating back to the start of the water account, plus accrued interest!