Sub-metering and L.A.D.W.P.: What You Don’t Know Could Cost You

Sub-metering and L.A.D.W.P.:  What You Don't Know Could Cost You 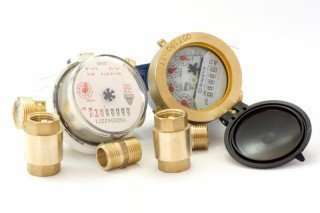 In the past, residents were not responsible for utility costs.  The typical resident would only be responsible for paying rent and could use an unlimited amount of utilities.  This has caught the attention of regulators, environmentalists and property owners and has resulted in a dramatic increase in submetering and allocation practices throughout the United States.

The movement towards individual utility billing began in the late 1970s and early 80s when the United States was faced with a critical energy crisis that led government officials to explore alternative energy conservation measures. This effort led to a variety of significant changes in our culture, including more fuel-efficient automobiles, and the individual metering of gas and electricity for multifamily housing residents.

Prior to the energy crisis, the majority of communities were served by only one gas meter and one electric meter. Thus, residents of these properties had no financial motivation to conserve. Confronted with this situation, the majority of states enacted measures that mandated individual metering of gas and electricity for newly constructed communities.

Similarly, in the last few years, the need to conserve water by holding residents responsible for water costs has moved to the forefront of discussions about conservation across the country. Property owners who bill their residents for water usage typically use one of two methods: sub-metering or allocation. A property is sub-metered when each unit contains a meter that measures water usage for that unit. The residents are then billed monthly for their water and sewer usage. This billing is often performed by a third party billing company on behalf of the property owner. Alternatively, an allocation system can be used when a sub-meter is not installed. In these situations, residents are billed for water based on a set factor, such as the square footage of their apartment home, or the number of occupants. See: California Ratio Utility Billing System:  RUBS.  The movement to make residents responsible for their share of utility usage has led to a dramatic increase in the number of communities that bill their residents for utilities, including water.

However, based on our experience, sub-metering does not work well for irrigation water, especially for clients billed by L.A.D.W.P. (Los Angeles Dept. of Water and Power),  for the following reasons: