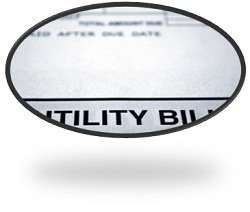 system. What happened next is, as they say, history…

There were so many billing errors, delayed bills, estimated bills, poor customer service and overall confusion for both customers and LADWP employees that in March, 2014 a committee of state lawmakers voted to undergo a state audit of LADWP to determine what went wrong.

The problems were numerous and well documented in the press and social media. At the peak, 20% of the bills going out were estimated, resulting in customer confusion. Bills were delayed and revenues fell. Customers confused or receiving estimated bills called the Customer Service Center only to wait on hold for an average of 37 minutes, but in some cases as long as two hours or more. The City Council took action to relieve customers over concerns of paying inaccurate bills and many who were billed appropriately took advantage to delay their payment as well. The wide spread criticism, heavy workload and customer wrath took its toll on Customer Service Representatives in particular, resulting in high absenteeism and morale problems that further undermined efforts to improve. The ongoing problems were so bad that LADWP implemented a webpage titled ‘Billing System Problems and Progress’ on its website that is still active in 2015.

This state audit was concluded in November, 2014, with a report that identified eleven major issues that resulted in the customer billing and service problems the Department experienced. In addition to consistently failing to take heed of the warning issued by the Quality Assurance contractor, the report focused on these three major problems:

In this same report LADWP’s plan to fix these problems are:

As a LADWP customer, what can you do?

Have a utility audit of your DWP bills – the sooner, the better, since LADWP will only reimburse their customers for a one-year retroactive period! A utility audit can determine if you were one of the many customers who were billed incorrectly in 2013 and 2014, and obtain refunds and credit adjustments for you if you were.

Pacific Utility Audit audited many LADWP utility customers in 2014, and found numerous water, sewer, electric and trash utility billing errors, putting thousands of dollars back into our client’s bank accounts. If you weren’t one of the customers who were overcharged by LADWP then there is no fee for the utility audit. There is no risk to find out – it is a win-win situation for you!