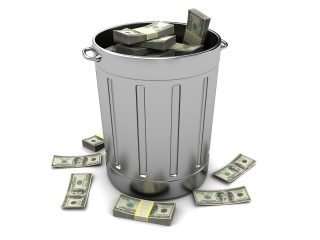 For the last ten years, the topic of commercial waste collection zones— defined as specific areas of municipalities that are assigned to contractors for collection services—has gained traction both inside and outside the trash industry. And while there are both pros and cons to franchise zoning systems, the industry is split when it comes to supporting the concept.

Proponents claim that franchise zoning systems give the public sector more control over the waste management collection process, while critics state that removing the industry’s longtime open-market system takes away businesses’ ability to choose their own haulers, ultimately leading to higher costs and poor collection services for customers.

What are franchise zones?

With a franchise zone collection system, municipalities establish zones (or assigned areas) and then create exclusive contracts with a hauler within each zone. The haulers are typically selected through a bidding process, where haulers provide the municipalities with collection services details and options.

If long-term contracts are established between municipalities and haulers, the haulers have the incentive to make the necessary infrastructure investments that are needed to achieve high diversion rates. Additionally, municipalities can require haulers to utilize more clean-fuel trucks for collection services, ultimately reducing common road wear and traffic with more effective and efficient collection routes.

What is Los Angeles’ approach to commercial franchise zoning?

The City of Los Angeles, which currently has a recycling rate of approximately 76 percent, has a goal to increase its recycling rate to 90 percent by 2025 and 100 percent by 2050. But in order to reach its 2025 goal, and ultimately zero waste, the city must reduce landfill disposal by 1 million tons annually.

The city has explored many ideas for decreasing the amount of material sent to landfill and improving recycling and the processing of organics. The franchised zone system was approved in 2014, but in December, 2016, the Los Angeles Board of Public Works approved a $3.5 million waste hauling contract, which includes 11 franchise zones split amongst seven waste haulers. The haulers—Athens Services, Republic Services, Waste Management, Universal Waste Systems, NASA Services, CalMet Services and Ware Disposal—began waste, recycling and organics collection services in their awarded zones starting in July, 2017and their franchise rights will remain valid for 10 years. As part of their contracts, the haulers must provide residents with bins for waste, recycling and organics and use vehicles powered by clean fuel.

Businesses and multi-family housing units are now required to recycle.  Under the RecycLA, the city bans diesel trucks, mandates a clean fleet and requires haulers to invest $200 million in recycling infrastructure, including the new trucks and other equipment.  Customers ultimately pay the price for these mandates.

Los Angeles will collect about $35 million annually in franchise fees from the haulers as part of the program.

The California Apartment Assn., which represents more than 50,000 building owners statewide, opposes the franchise system, believing apartment buildings should be able to pick their trash haulers rather than be forced to work with a city-backed company.

The Los Angeles Area Chamber of Commerce also opposed the franchise system because of the anticipated higher costs.

The City sets the rates, and some customers have been shocked to learn that new rates for the services they had been receiving are as much as six times the price they were paying before.City council members stated that “they had antiipated an increase of only 25 % to 35% to cover the costs of the natural gas trucks, recycling efforts and staffing.  However, they had no idea that 100% to 600% (or more in some cases) increases would be the result.”

WHAT YOU CAN DO:

Other than reducing your trash services such as the number of bins or pickups per week, the best thing that you can do is a monthly audit of your trash utility bills.  The rates seem to be changing in January and July of every calendar year, so you have to stay on top of your trash bills.

So far, we have audited many trash utility bills that were incorrectly billed for bins, bin size, number of pickups per week, distance fees, gate fees, etc.  and with the high cost of trash bills, these billing overcharges add up fast!

Call us and we will audit these bills for you!