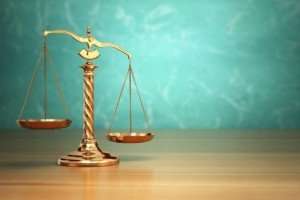 In 2015, the theme of the year was water conservation, especially concerning common interest developments.  Here is a quick recap of 2015 laws pertaining to common-area utilities:

This bill was signed into law in 2015, and makes void and unenforceable any provision of an association's governing documents or architectural or landscaping guidelines that prohibit the use of artificial turf or any other synthetic surface that resembles grass.  However, the provision in existing law that allows an HOA to apply landscaping rules would still apply to artificial turf or synthetic grass. This new law became effective on 9/14/2015.

Existing law allows HOAs that are using recycled water to continue to fine homeowners in certain instances.  However, an HOA may only impose a fine for reducing or eliminating watering of vegetation or laws during a drought, where, prior to the imposition of a fine, the homeowner receives recycled water from a retail water supplier and fails to use that recycled water for landscaping irrigation. This new law became effective on 10/11/2015.

2016 CALIFORNIA WATER LAW SYMPOSION:
The California Water Law Symposiom met on January 23rd, 2016. (http://www.waterlawsymposium.com/sites/default/files/CWLSProgramPanel1.pdf)
Here is a recap of the proposed urban water conservation regulations:
A. Governor Brown issued Executive Order B29–15 ((Apr. 1, 2015) (https://www.gov.ca.gov/docs/4.1.15_Executive_Order.pdf) that includes a directive to the State Water Board to impose restrictions on urban water suppliers to achieve a statewide 25 percent reduction in potable urban usage, as compared to use in 2013, through February 2016.
B. The State Water Board adopted emergency regulations, under Wat. Code,§ 1058.5, on May 5, 2015.(http://www.waterboards.ca.gov/waterrights/water_issues/programs/droughtdocs/emergency_regulations/rs2015_0032_with_adopted_regs.pdf😉 23Cal. Code Regs., tit. 23, § 863 et seq.) The regulation established reporting requirements,including both 2013 and current water use. (23Cal. Code Regs., tit. 23, § 865, subds. (b)(2) & (f)(2).)
C.  Executive Order B-36-15((Nov. 13, 2015)(https://www.gov.ca.gov/docs/11.13.15_EO_B-36-15.pdf) calls for an extension of the urban water conservation requirements until October 31,
2016, should drought conditions persist through January 2016.
D. The State Water Board has circulated for public comment a proposed framework for extending the emergency conservation regulations, and will release a draft emergency regulation
for public comment in January, 2016.(http://www.waterboards.ca.gov/water_issues/programs/conservation_portal/docs/extended_reg_framework.pdf)

Expect more water conservation and environmental bills to arise for 2016….